SPRING TESTER FOR MEASURING “SIDE LOAD” WITH HIGH REPEATABILITY 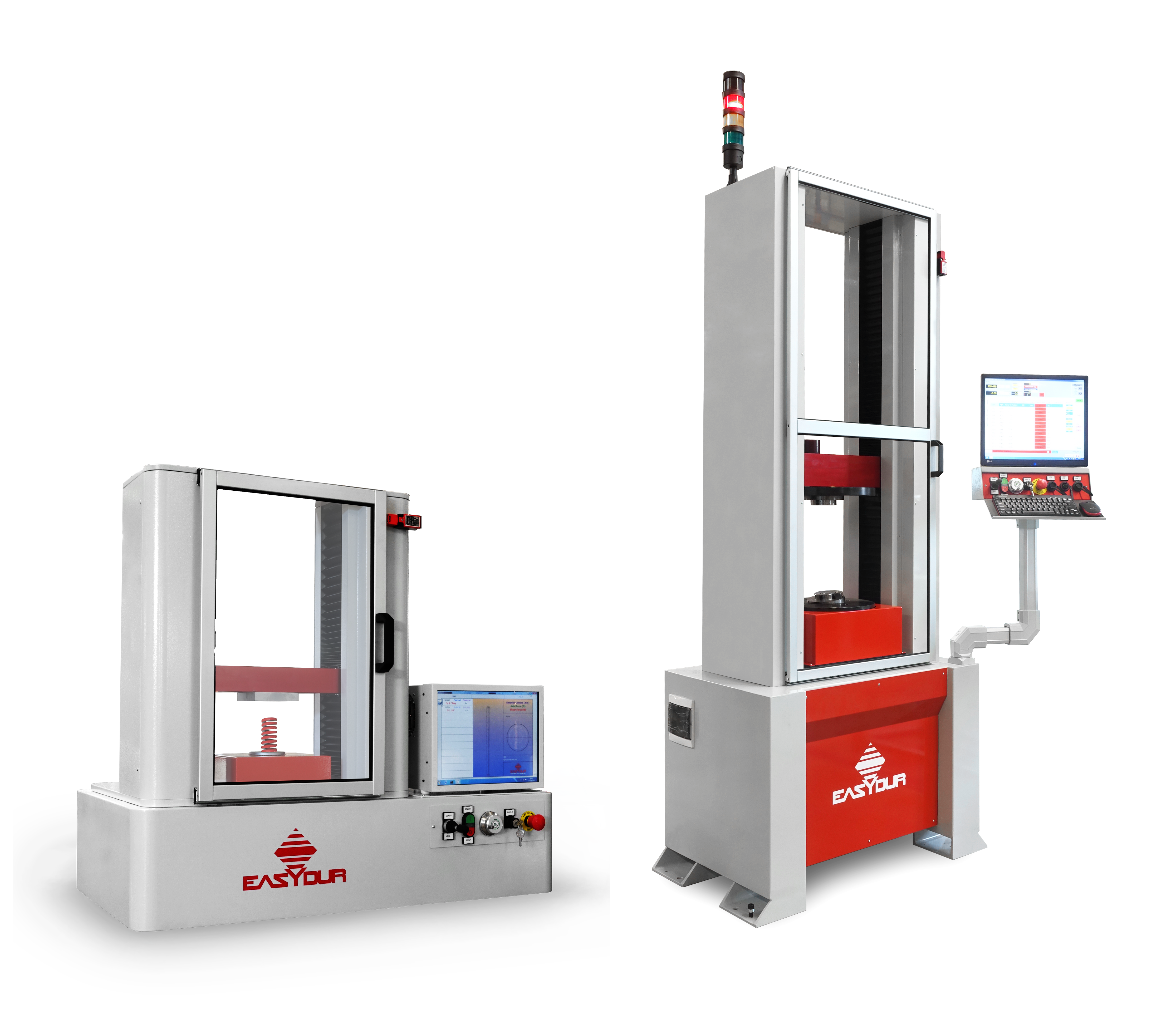 09 Dec SPRING TESTER FOR MEASURING “SIDE LOAD” WITH HIGH REPEATABILITY

Posted at 16:58h in TENSILE AND COMPRESSION by cliente
0 Likes
Share

The Side Load spring tester is a system for measuring side load with platforms of 6 loading cells, equipped with software with 3D graphics for studying spring behaviour.

The instrument is equipped with:

THE FOLLOWING MEASUREMENTS WILL BE OBTAINED SIMULTANEOUSLY:

The software has been developed in-house by EASYDUR and is based on the Windows operating system, with internal management of statistics, archives and certificates in Excel form, completely customisable by the user.Statistics are calculated in real time and the following may be obtained for every measurement taken:Mean, Sigma, CP, Cpk, Gauss Curve, Histogram.
The data and 3D graphics are displayed and updated in real time (1000 Hz), allowing the user to understand immediately which are the most critical characteristics of the spring.